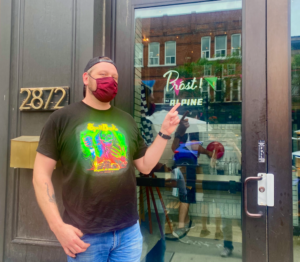 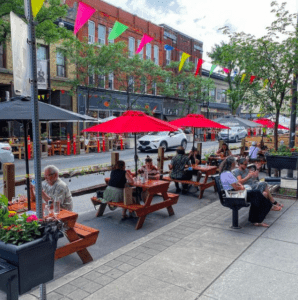 Jeff Kinnie and his partner opened The Alpine as the successor to their popular pub, The Mugshot Tavern, in 2019. However, it has quickly become its own name, drawing in a crowd with pretzels, schnitzel, and the like to soak up their extensive bar menu. Breathing life into what was once Celts and many dives before, The Alpine has married Junction history with fresh, creative concepts. The dark interior has been revamped with gorgeous hardwood high and low, the back wall featuring art from a local tattoo artist.

The decision to expand into the Junction wasn’t simply a coincidence either. Jeff’s grandparents immigrated from Malta after the second world war, and for the last 70 years his family has continued to call the neighbourhood home. Seeing the highs and lows through the years, Jeff has always wanted to make his mark in the neighbourhood. By the time 2009 rolled around, he and his partner were tired of working for “the man” and Mugshot Tavern took off. They have been in the hospitality industry for 20 years now and after waiting for the right opportunity, Celts became one of the last dives in the area. Jeff knew there was potential to make it into something special, something that would build upon the already impressive repertoire of restaurants the area hosts, and the rest is history. Since then, The Alpine has created a family within the community. Date nights, nights out, and even a wedding here and there, it’s become a hub for not only delicious food but for special moments as well.

Through the pandemic, The Alpine itself has experienced highs and lows. Losing their chef and sous chef was a struggle. However, the staff have been able to add their own flair to the menu – their kitchen manager, for example, adds a “touch of mama’s home cooking,” as Jeff calls it. While we’re all missing the multitude of activities The Alpine has to offer, from karaoke to trivia, the community can look forward to the possibility of wine tastings, new brewery launches, and maybe even some live music – so for now, keep your fingers crossed! The Alpine’s delivery and patio options are available on their website, and you can acquaint yourself with mouth-watering photos of their current menu on Instagram and Facebook. 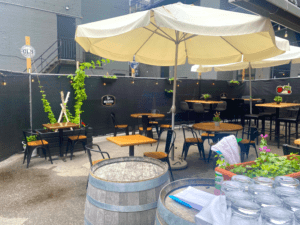 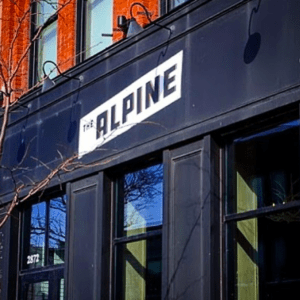