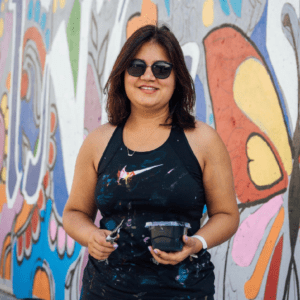 Poonam Sharma, is an immigrant, a woman of colour and a mother. She is a community animator who brings people together to engage in the creative process. She has painted over 25 murals across the Greater Toronto Area (GTA) and believes in working closely with community members. She says, “A painting belongs to the artist; however, a mural belongs to that community which is only fair as they see that wall every day.” 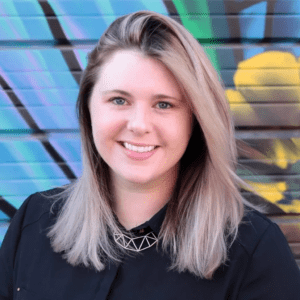 Mawrgan Shaw is an Australian-Canadian visual artist and independent animator. Mawrgan creates 2D animation inspired by our sense of self and the intersection with our physical reality. Using both traditional and digital media, she continues to explore these themes while focusing on how we make meaning in the world, beginning in childhood and progressing beyond.